Quality, level of performance and incredible details - I invite you to follow my blog :)

Quality, level of performance and incredible details - I invite you to follow my blog :) 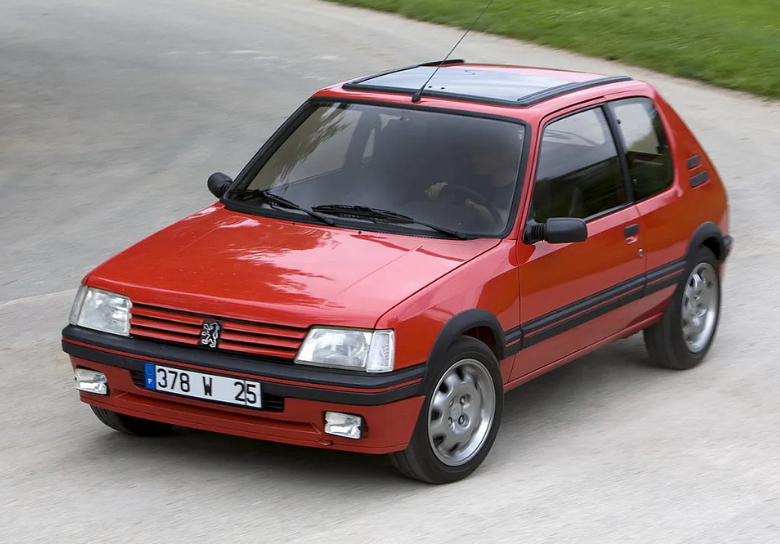 photo of the manufacturer


Peugeot 205 GTI is a French response to competition from VW, offering more power and better driveability.
At the beginning, in 1984, the GTI model offered 105 HP with a capacity of 1.6 cm3. In '87, Peugeot decided to increase the power of the 205 to 115HP, which improved the values. However, '87 was a turning point, where a more powerful engine with 130HP appeared in the offer.
The new unit accelerated the little car weighing less than 900 kg to 206 km / h in less than 9 seconds (8.6), which made them an extremely fast and dynamic car.

In the meantime, 205 was undergoing major or minor changes until the end of the car production, i.e. the beginning of 1994. 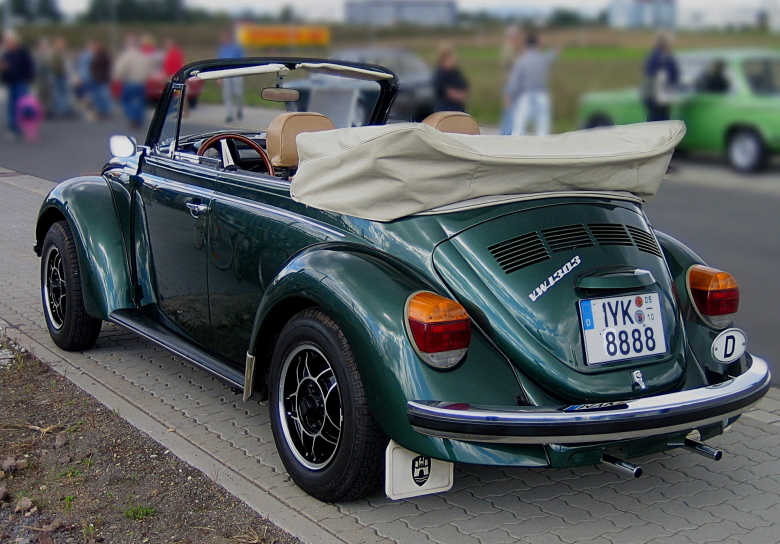 
There is probably no other such car in the history of the automotive industry. Known all over the world, called differently depending on the country or continent - "Garbus", "Beetle", "Käfer"wheter "Sedan", was the longest and most produced car model in the history of the automotive industry.
Were produced 21 529 464 cars in total, of which 15 444 858 in Germany, including 330 251 convertibles.
Beetle production began in Germany in 1945, right after the end of World War II, and continued until 1978. The "Karmann 1303 Cabrio", exactly the model we assemble, was still produced until the beginning of 1980.

In 1974, Volkswagen introduced the Golf I to production as the successor to the long-serving Beetle. 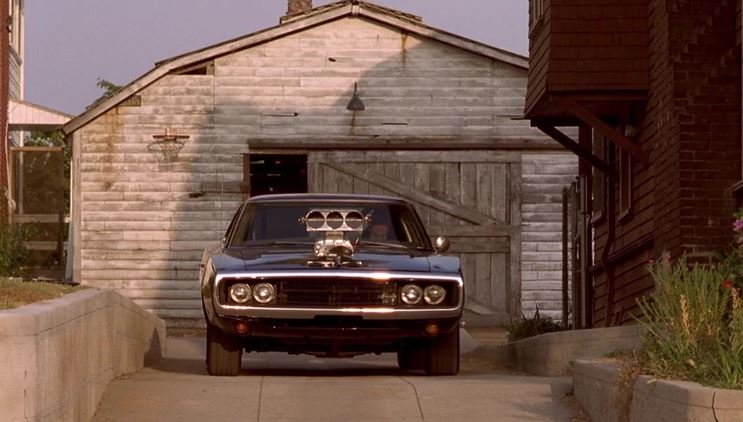 
Dodge Charger R/T, Our movie hero, was built for the film by CVS - Cinema Vehicle Services from Los Angeles..
The design was based on a real Dodge Charger R/T model from '70 and despite the huge Hemi engine with an additional coupler, it was adapted to resemble a street version. As a curiosity, it is worth mentioning that the original Charger model and even the two that appeared in the movie (one as the version used for the stunt scene), were actually equipped with an automatic transmission. However, the scenes presented in the film showed a manual gearbox :)

In the movie Fast and Furious, the car will become famous from the incredible power of 900Hp and a record time of 1/4 mile in just 9 seconds, set by father Dominic Torrento at the Los Angeles County Raceway. 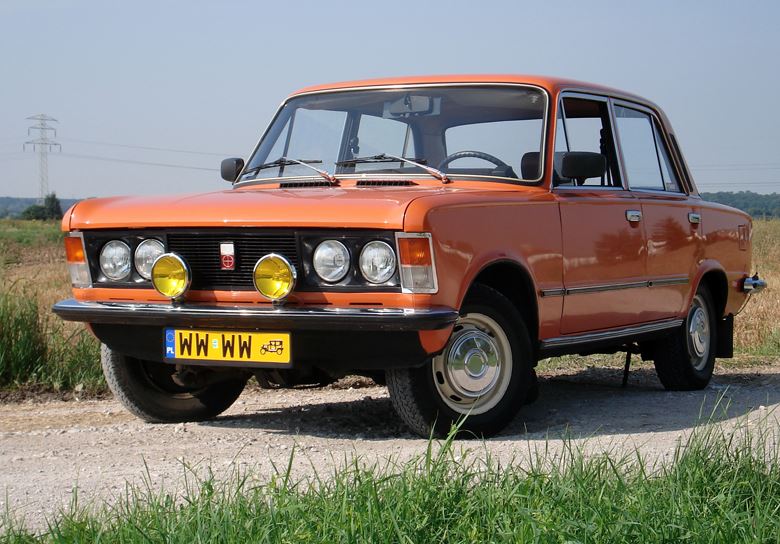 
The presented model of Fiat 125p is so-called MR'75 version, produced in the years 1975 - 1982 at the FSO factory in Warsaw.
The largest change in the history of the model was carried out in 1975. The biggest change was the modernization of the front apron, including a new radiator grille, wider indicators or new lamp frames. The rear of the car was also changed, other wider lamps were used and the shape of the trunk lid was slightly changed. The characteristic fangs from the bumpers have also disappeared and decorative moldings have appeared on the sides. The ventilation was also improved and the dashboard was slightly changed.
568,000 125p models were produced until 1976.

In 1978, began production of Polonez - deputies of the outdated Fiat 125p. Production of the Fiat 125p was planned to end in 1982 at the latest, in practice both cars were produced simultaneously until 1991. 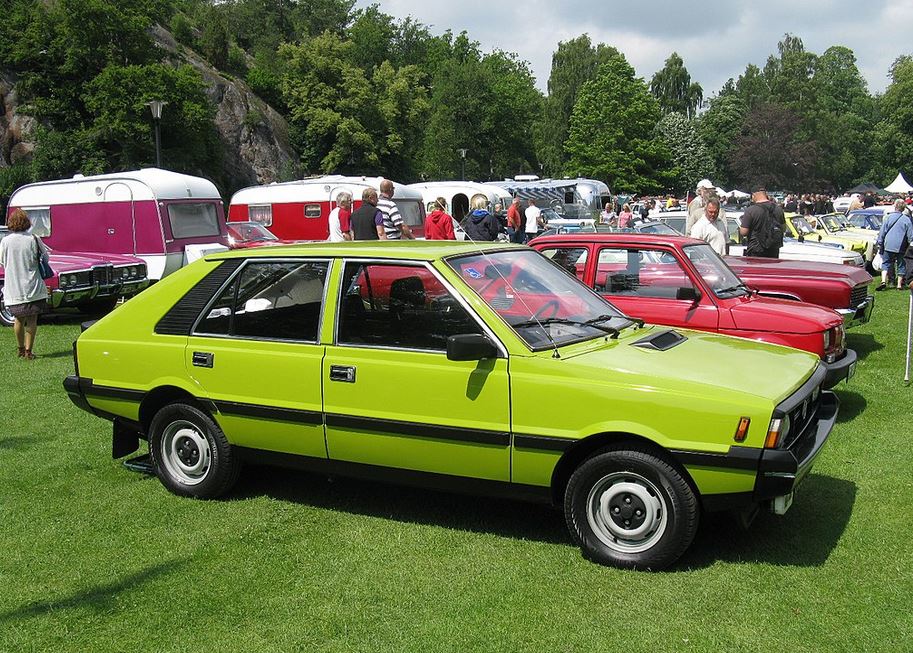 
The assembly of the Polonez began on September 26, 1976 in the FSO factory in Warsaw, expanded and modernized for this purpose. However, serial production began on May 3, 1978.
Before the official name of the Polonaise was established, the first copies were called FSO Polski 1300/1500.
Due to the savings, the new Polonez was constructed on the Fiat 125p floor plate, and many mechanical elements of its predecessor were used, which unfortunately resulted in the inheritance of some disadvantages, such as too weak engine or a large turning radius.
Despite its disadvantages, the new "hatchback" body of the Polonez was distinguished for its time by modernity and a fairly high level of safety. In the new Polonez, it was used controlled crumple zones at the front and rear, door reinforcements and inertial seat belts.

Polonez was produced practically unchanged until 1989, then was created the MR'89 version - a transitional version. Then, in 1991 was designed a refreshed version of the Polonez, Polonez Caro.